Rowing is great for the body and mind—but it’s even better when your efforts can have a positive impact on others in the world.

This July, we had the honor of participating in The Oarsome Challenge (yes, _oar_some…get it?), a great fundraiser held on the River Thames by London Youth Rowing, a non-profit that aims to promote rowing and its benefits to youth and minority groups who traditionally haven’t had access to the sport.

In addition to getting London’s youth more physically active, the organization offers resources for learning and skills that apply to the classroom and everyday life.

In the end, it was an amazing event for the Hydrow and London communities, a great day for a workout, and we raised over ￡6000 for London Youth Rowing! 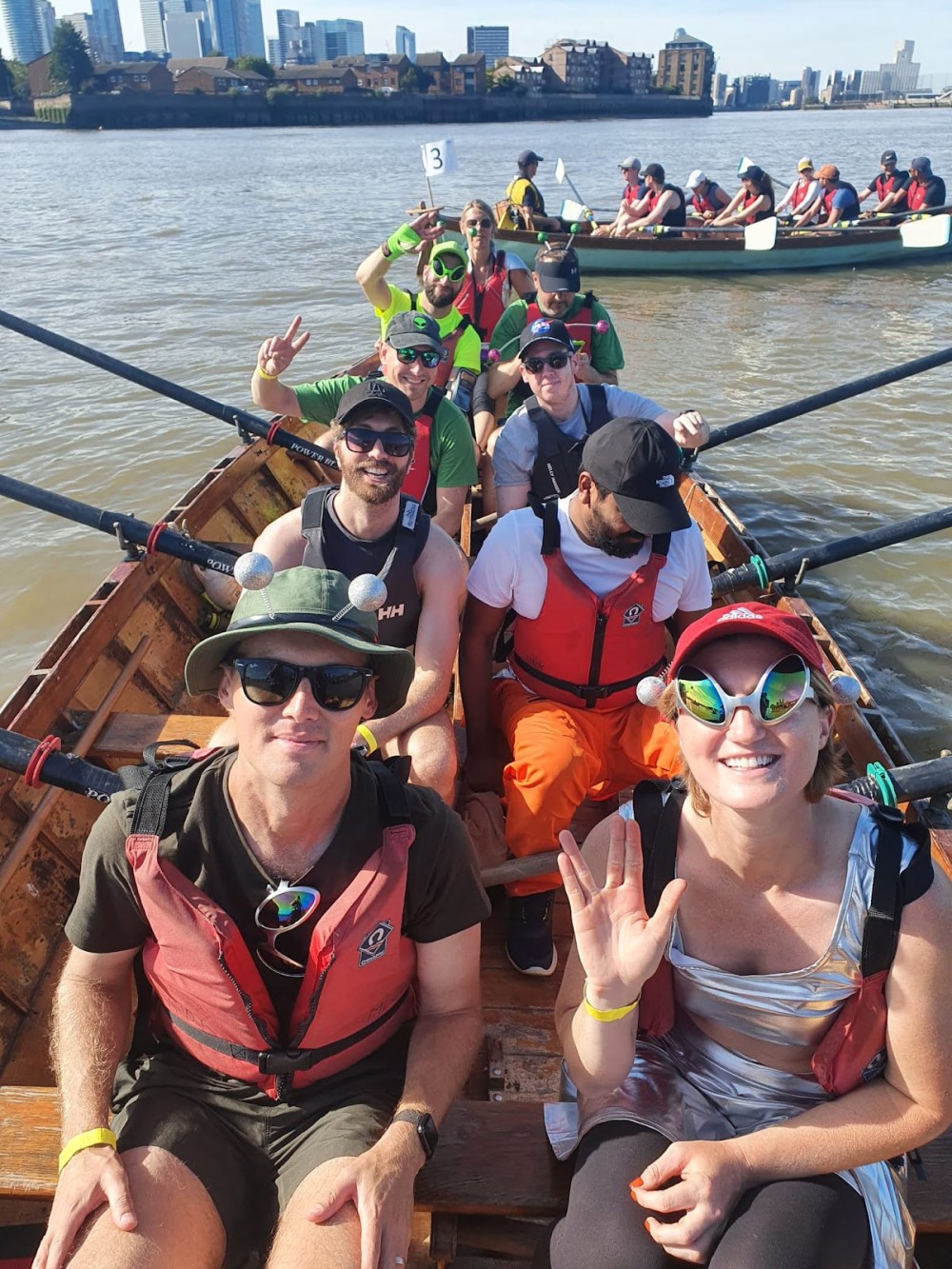 Rowing is for everyone—even extraterrestrials and Vikings

Because the Hydrow community itself is so diverse, we jumped at the opportunity to promote the sport for the next generation of local rowers in a beautiful, iconic location.

The Oarsome Challenge runs a distance of 16.5 miles from Greenwich to Chiswick, passing historic landmarks such as Tower Bridge and the Houses of Parliament.

Each boat, or “Skerry,” is a 15-foot vessel featuring 8 individual oars—a fantastic set up for rowers of any skill level. To add to the fun, the teams donned themselves with “fancy dress”—with Team Hansen coming from outer space with a mixture of aliens and astronauts, while Team Cracknell became Vikings for the day.

A race where everyone wins

As the skerries moved down river, the teams felt strong and found their rhythm together. Both Dani and James were overwhelmed by the shared energy, spirit, and positivity of everyone who took on the challenge.

For most of the Hydrow Members who participated, it was one of the first times they had rowed on water, with one who had only been using Hydrow for 15 months and already clocked a total of 4.5 million meters!

When the teams reached the finish line, Team Hansen placed 3rd, narrowly edging out Team Cracknell in 4th. But any position the teams earned was eclipsed by the successful day of fundraising, supporting the community, and enjoying a beautiful day connecting with the water and each other.