Ever wonder what it takes to film a special event like Race on the Thames? A lot! It’s exciting, fun, and sometimes unexpected things happen. We sat down with Hydrow Athlete Mike Dostal and Senior Director of Content and Performance Oliver Horovitz to get a special behind-the-scenes look at Race on the Thames and what went on during the making of this race.

Here’s what they had to say:

Mike, this was somewhat of a reunion for you. What was it like being back in the boat with old friends and colleagues?

Mike: “Being involved with Hydrow, I get to be in all these great places but have always wondered if I would ever get back to rowing on the Tideway which I had raced on many times back in my youth. When this opportunity came up, it was a bit of a dream for me and I thought to myself ‘I’ll get to have one more go at this course.’ When we went off and started the race I was just smiling a lot — of course that smile disappeared a bit during the back half of the race when we realized we just needed to row flat out to finish!

One of my favorite moments was Matt Langridge sitting in front of me, and we rowed together at 15-16 years old. The coxswain, Phelan, was giving directions and Matt was just completely ignoring what he was saying. So I said, ‘Matt, how about doing what Phelan says’ and he replied, ‘I never have in the past and I’m not about to start now.’ I just thought this was hilarious because, you know, they rowed together at the Olympic finals and have been all over the world together. Even though they haven’t raced since the Rio Olympics, that banter is still there, it was great.” 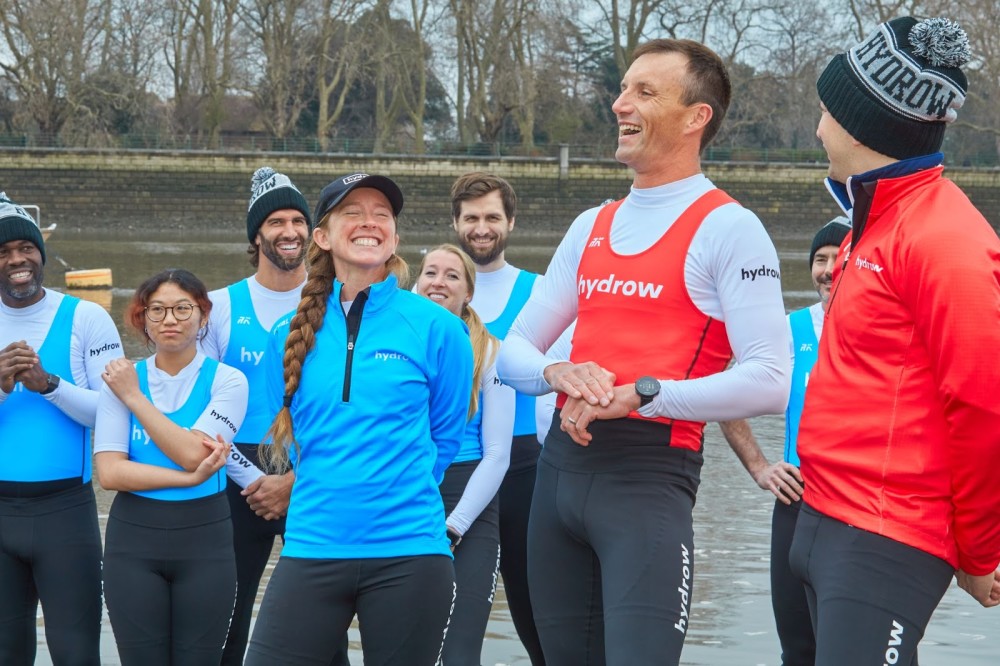 Oliver: “We had to get the timing of the tide right. We wanted to make sure we could row with the incoming flood tide, so we actually mimicked the timing of The Boat Race to start just before high tide. Why? If you start at the wrong end of that day’s tide chart, you’ll be rowing into the tide, and the 22-minute race could easily become a 42-minute race! An interesting detail is that the Putney Embankment, where many of the boathouses are located, often gets flooded during high tide. So when we returned with the boats, the water soon covered the road and we were basically wading around outside London Rowing Club!”

Mike, how was it to row with the athletes from London Youth Rowing?

Mike: “I admire that they are very early in their rowing career and, you know, they came into this crazy environment with some very experienced rowers and the Hydrow film crew. It reminded me of when I was their age even though I never did anything like this. I remember overhearing them talking about how they needed to catch up on three periods of math just for this and I thought that was so funny. The diversity of the groups was great, rowing down the course together we were having the same experience but bringing such different lenses.”

What was a highlight of your Race on the Thames experience?

Mike: “To me it’s always the same with Hydrow, it’s the part where we get on the water and all the bits and pieces come together. We all put in so much work and this insane planning to bring all these people together. It builds to this moment where we’re pushing off the boats and the cameras are on and you’re taking your first stroke on the course. At that moment you’re just like, ‘it’s happening!’”

Oliver: “There’s this long-standing tradition of The Boat Race where the boats share three cheers for the other boat at the end of the race, no matter who won. Jim Burkitt started that for our boats, yelling ‘Hip Hip Hooray,’ under Chiswick Bridge and then the other boat replied. At that moment, I looked over at our team and just thought, ‘we did it.’”