For Mazdak Merrikh, a solid exercise routine had felt like a fleeting goal for years.

“I played football in high school, loved it, and ended up playing in college,” Merrikh recalls. “But just after my freshman year, I got in a car accident and shattered my femur. I was on either crutches or a cane for about a year and a half.”

“I couldn't just do anything exercise-wise after that -- getting back into the swing of things was hard. That was in 2001, and it’s been like that until, honestly, last August, when I got my Hydrow. I got married and have three beautiful little kids, and just getting into a schedule and being consistent has been very hard to do.”

Since getting Hydrow last year, Merrikh is down more than 45 pounds and is now -- according to his sons, ages seven and four -- “totally buff.” We caught up with Merrikh to learn more about his journey, hitting a million meters, and why he’s all about that community vibe.

“The only machine that works pretty much everything”

For Merrikh, it took a moment to find his rhythm.

“Ultimate transparency here: My stomach was so big, I would have to move my knees out of the way and guide my hands between my knees to get far enough in. I was like, ‘Man, this is hard!’” he chuckles.

Merrikh’s only experience with rowing had been during a short stint with CrossFit™, which wasn’t his thing. A friend urged him to try rowing out, however, as it was “the only machine that works pretty much everything.”

Merrikh eased in, starting with workouts two or three days a week. Like many of us, incorporating Hydrow and a new exercise regime sometimes meant hopping on at unusual times of day.

“For the first eight to 10 months, because of my schedule, I would have to put all the kids to bed and then row like at 10:00 at night.” Discovering that other users were also online even during these fringe hours created a sense of community that Merrikh increasingly leaned into as time went on.

Once quarantine directives arrived, however, having an at-home solution became a blessing.

“With COVID, things have flipped upside down, but in a good way. I’m working from home, and now I can put the baby down for a nap, let the kids play outside, and on my lunch break get a half-hour or even an hour of exercise in.” Merrikh likes that you can get a workout done in as little as 15 minutes.

Merrikh credits Hydrow Training Camp for jump starting his motivation and his commitment. The six-week program includes four workouts a week and is hosted throughout the year to help members shake up their workout routine, get reinvigorated, and pursue new goals. He recalls recognizing certain usernames who rowed at a similar pace, and used staying in their range as inspiration.

“I just tried to remember some names and I just try to stay with them or beat them or not get beat too bad by them, things like that. I have a mental leaderboard within the leaderboard I try to stay in.”

Staying the course also led to a physical transformation; in just over a year, Merrikh is down 45 pounds and the fittest he’s been in decades.

“When I got my Hydrow, I was 270 pounds. Right now I'm 225 pounds, but I've been 225 pounds before and didn't look like this. It's different. I don't get too caught up in the scale and my weight stuff, but I'm by far a different person. My kids are even motivated now!” laughs Merrikh.

“My clothes fit completely differently. I went from an XXL to a size large. It’s easier to go up and down steps. I'm playing with my kids longer. There are countless things being more in shape makes a difference for in my life.” 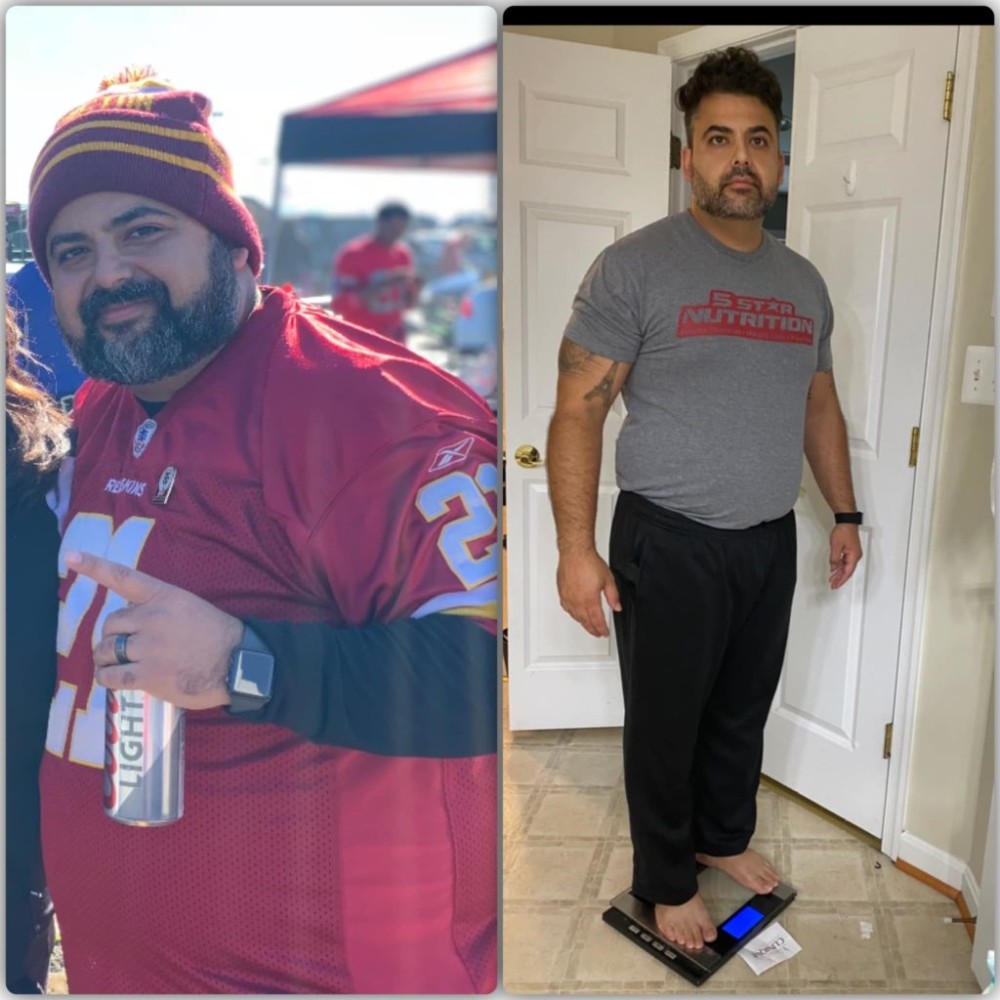 “My wife actually recorded the whole session, (Lead Athlete) Dani shouting me out and everything. It was amazing. It was one of those big milestones that I didn't realize how important it was to me until it actually happened. I broke down afterward -- and my wife had it all on camera.”

Merrikh likes to pay it forward, whether it be helping other members stay accountable or being an active voice and friendly face in Hydrow’s member Facebook group, Hydrow Training Camp. He says the hype is what you want to make of it, and encourages people not to worry about haters or skeptics.

“People will say ‘Oh, you've just been sucked in.’ No. It's a real thing. It's genuine people that genuinely care about each other. It's just about helping one another get better every week and every day.”

What next? It’s onward and upward for Merrikh - his next goal is two million meters by the end of the year. And motivating all of us, of course.

Connect with Mazdak Merrikh on the Hydrow leaderboard (username: @Mazdak) or in the Hydrow Training Camp Facebook Group.