To say that Aquil Abdullah is a busy guy would be putting it lightly. While most of our community is used to seeing Aquil on-camera as a Hydrow Athlete, he plays an equally important role behind the scenes as well -- he’s also a software engineer here at Hydrow HQ, where he and the team work to constantly grow and evolve the Hydrow platform. He’s a devoted husband and father to two young kids, Zoe age 5 and Sebastian age 20 months. He’s also an avid surfer, plays guitar, and loves to travel -- needless to say, he’s got a lot on his plate.

From his prolific career to pulling double-duty for the Hydrow team on and off the water, Aquil is an inspiration to all of us, every day. As we observe Black History Month, we’re not only celebrating Aquil’s incredible accomplishments, but taking some time to reflect on what the experience meant to him -- then and now.

Were you aware at the time [of the Diamond Sculls/the Olympics] that you were making history?

When I won the Diamond Sculls, I was not aware that I was the first African-American to win the title, but I was aware that not many Americans had won the title. The Olympics was a different story; having lost the Olympic trials in 2000 I was very aware of my place in history once I made the team.

When did that fully sink in for you?

For Henley, it didn’t sink in until the next day, when someone told me.

What does it mean to you now to hold these distinctions within rowing history?

It is indeed a great honor, but the truth is that there were many African-American rowers that came before me and paved the way for my success, such as Stuart Law, Patrica Spratlen, Anita DeFrantz and countless others. I view my place in history as a continuation of their legacy.

How has the sport of rowing evolved since then, in terms of inclusivity and representation?

Hmm, that’s a tough question. I feel as though there are have been a lot of grassroot organizations to try and improve inclusivity in the sport, for example the work being done at The Chicago Training Center, Community Rowing, Row New York, and The Gay and Lesbian Rowing Federation, but many challenges still remain.

Is there still more work to be done?

I think that it was Robert Frost that said “And miles to go before I sleep.” I think the same can be said for the work that needs to make rowing more inclusive and more accessible. As for my part I am currently working with the Head of the Charles Regatta to see if we can take some small steps in the right direction.

Keep up with Aquil on Instagram, or check out one of his rows in the Hydrow library -- you can also check out a live row with Aquil this weekend in Miami. 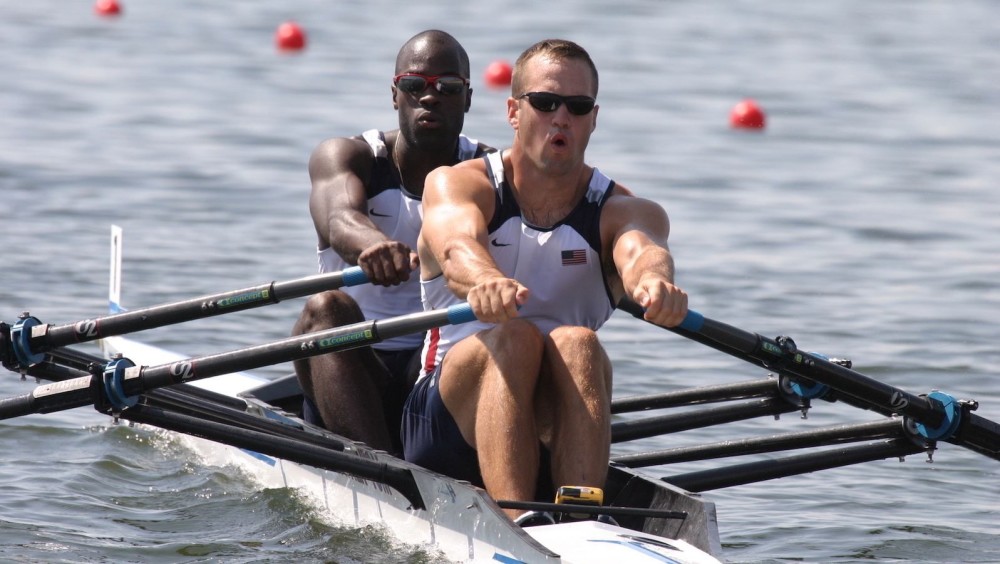