In this first installment of the Hydrow Destination Diaries, we caught up with our resident foodie, James, to recap his favorite (food-focused) moments from London. 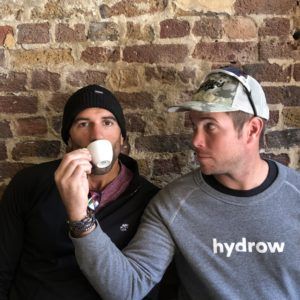 If you’ve ever rowed with James (or spent more than 3 minutes with him), you know all too well his undying love for food. So with that in mind, we had James share a few highlights from his time in Londontown.

What is the best place for breakfast in London?

We found this small hole-in-the-wall breakfast joint in Hammersmith. You had to take an old brick tunnel to the nook where the shop was… and when I tell you the breakfast sandwiches and coffee were phenomenal, I’m not kidding. WOW. The owner of the shop and his daughter did it all -- the cooking, the waiting, the cleaning, so we were happy to give them so much business.

In London, we were on the hunt for some good beer and food after a long day on the water. We stumbled upon this pub called the Draft House with delicious wings and beer. AND to make it even better, they were airing American football -- double win!! A few of us New England fans returned later that night to watch the Patriots beat the Buffalo Bills. It was a great find.

What is the best place for dinner?

Within walking distance of our hotel in Hammersmith was this amazing little Italian place. It was small, but the owner loved having us there. Pizza, pasta, everything was absolutely delicious. No joke, we ate there at least four times in the few days of being in London. I definitely think that the owner was surprised by the large quantity of food that we put down every sitting. 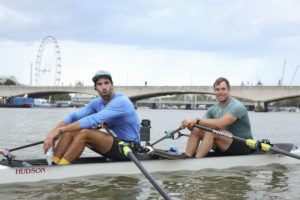 What is one travel tip you have for someone traveling to London?

If you know someone in the UK that can lend you a pair of oars, then I would definitely go that route. Traveling with oars is a drag -- but that’s a story for another time.

What is your favorite moment of your time in London?

I loved visiting all of the different boathouses around the city. It may make me sound like a bit of a rowing nerd, but I find the history fascinating, and there is sooo much history there.

I had a really great chat with one of the coaches at the London Rowing Club. He showed me around before I was scheduled to be on the water filming a workout. Right before I was set to head to the dock, he asked if I needed a pint of beer to prepare myself. I had to take a rain check, so now I have no choice but to return for that beer!

Name one thing you wish you had packed?

I wish I had packed more workout gear. This is totally something that I could have prepared for too… I find that I always need to pack more clothes for rowing. When you’re working hard and putting in those miles on the river, it doesn’t take long to be drenched in sweat and feeling gross… and who wants to be stuck doing laundry when there are so many amazing sights to see?

Row down the Thames River through London Center with James starting this week. And if you’re a fellow food enthusiast, you can keep tabs on all of James’ eating adventures by following #EatzWithDietz -- stay hungry, friends! 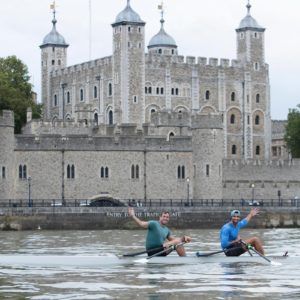 Excited about Hydrow Destinations? Want to suggest our next location? Comment on our Instagram at @hydrow_by_crew using #HydrowDestinations.